Main directions of the research

A detailed description of the research

Biostatistics is an applied field of statistics that deals with the quantitative investigation of biomedical questions that involve empirical data. Does a new antihypertensive drug-candidate, in fact, lower blood pressure? Does living near high-voltage power lines really cause cancer? Is there any connection between energy intake and the height growth of a child? These are only examples of questions for which one possible way of answering is the application of empirical data: we collect blood pressures from people taking and not taking the drug, a distance of people’s homes to high-voltage power lines and their cancer incidence, alimentary and growth data of children. Using these data (if they were, of course, adequately collected), we can hope that the problems can be investigated and medically relevant questions can be answered.

Furthermore, it can also be seen that all of the examples lead to numerical data (blood pressure, cancer risk, height growth), hence we can provide quantitative answers to the questions: what blood pressure change does the drug cause if it causes at all; what percentage change in cancer risk is induced by living close to a high-voltage power line if there is any change; how does energy intake impact the height growth, if there is any impact at all. To answer these, we naturally have to perform adequate investigations (using the available data) and create the necessary models. This is addressed by biostatistics.

Modern medical research can hardly be imagined without the active participation – or at least support – of biostatistics. This is not surprising if we consider a few tendencies in the development of medical science. First, the empirical orientation became more and more pronounced during the last centuries and downright determinant during the 20th century. While anecdotal recollections of empirically driven medical researches date back to Biblical times, we cannot speak of systematic, empirical thinking in the context of medicine before the 18th century. (It was in 1747 that James Lind performed his sometimes questioned, but nevertheless celebrated clinical trial [1], in which he demonstrated that scurvy could be treated with citrus fruits.) 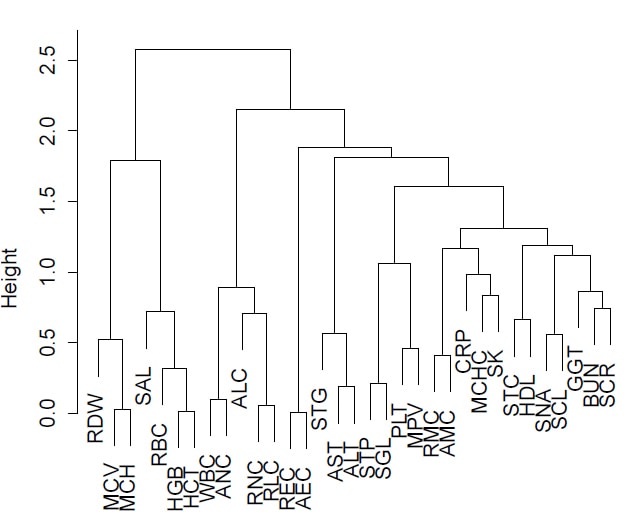 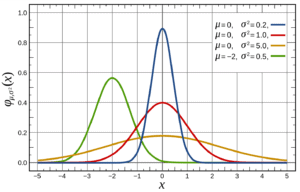 This is not independent of the fact that this was the time when tenable knowledge started to accumulate about both the function of a healthy body and its diseases. As for the former, this is connected to progress in anatomy, especially due to the results of autopsies. (The only part that might be shocking is how long it took (relative to the human history) to correctly describe even the most basic physiological functions; for instance, the first essentially correct description of human blood circulation was given only in 1628 [2] by William Harvey.) As far as the latter is concerned, it was also the time when more modern, science-based theories started to replace those earlier ideas that are rather ridiculous by today’s standards about the causes of diseases (bad air, revenge of gods, imbalance of humor, etc.).

From this point on, empirical orientation just grew stronger and stronger, and it is perhaps no exaggeration to say that this empirical orientation ended in Evidence-Based Medicine [3] in the second half of the 20th century. (Whose crucial idea is to base clinical decision making on the collection and critical evaluation of the best available scientific evidence – which is mostly the results of empirical investigations.) 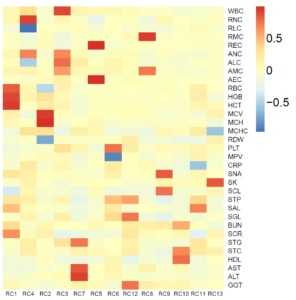 It should be noted that not only the importance of empirical results increased (in general), but within it, specifically the importance of quantitative results as well. This was also reinforced by the fact that the last decades of the 20th century brought a previously unthinkable computational capacity that can be employed to both data processing and storage.

The other factor we should consider is medical science’s progress towards the model-based approach. Traditionally, the medical diagnosis was distinguished from engineering diagnosis in that the latter has an exact model of how the failing object is supposed to operate, in contrast to medicine, where we do not have an arbitrarily detailed description of the “good” state. This is less and less so: due to the advances in physiology, in many fields of medical science, models of such precision were developed that can be applied clinically.

These were the antecedents on the “medical side” of biostatistics. The other side of the coin is the “mathematical side”.

The development of probability theory started in the 18th century (primarily due to the work of Jacob Bernoulli and Abraham de Moivre, and later Pierre-Simon de Laplace). In contrast, mathematical statistics, and especially inferential statistics in its current form only emerged in the late 19th, early 20th century [4, 5].

It is interesting to note that this had a significant motivation from applied science (although mostly due to agrometrics – however, medical science also quickly joined the adopters). The pioneers were Ronald Aylmer Fisher, Jerzy Neyman, and the two Pearsons, Karl and Egon.

Our research group carries out biostatistical investigations about the effects of obesity on laboratory parameters [6] and factors influencing blood glucose levels [7], among others.